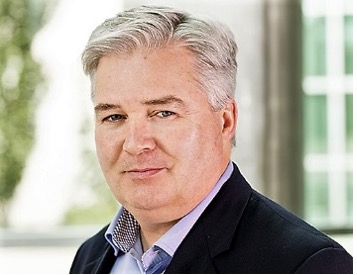 Dr. PJ Devereaux, Senior Scientist at PHRI/McMasterUniversity, has led many large international RCTs that have impacted perioperative care globally. These trials have randomized >33,000 patients at >300 centres, in >30 countries. He has published >400 peer-reviewed papers, including 14 in the New England Journal of Medicine (NEJM), 11 in theLancet, and 11 in JAMA, and he has an h-index of 109. He has received over $296million (M) in research funding, and he holds a Tier 1 Canada Research Chair. He has won 30 research awards, 5 teaching awards, and a mentorship award.Twelve researchers he has mentored now lead their own international RCTs.

Dr. Guy Rouleau, is the Director of the Montreal Neurological Institute at McGill University. He has >900 peer-reviewed articles and has received >$78M in CIHR and other research funding. He has led several multinational research networks and is co-founder of the Tanenbaum Open Science Institute. He was a founder and CEO of a biotech company (RGS Genome Inc) that merged with Xenon Pharmaceuticals in 2000. Xenon is now traded on Nasdaq with a capitalization of $2 billion. He has served on the Boards of several biotechnology companies (e.g., ALS Pharma, Acanthas Pharma Inc, Bioaxone) and is a consultant for some venture capital firms. Dr. Rouleau has received the Oder of Canada, Order of Quebec, and Gairdner-Wightman Award. 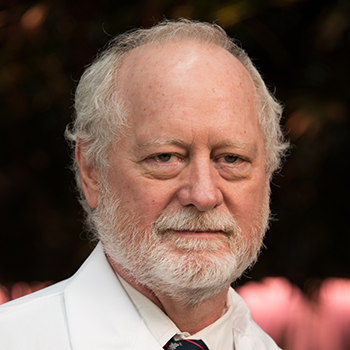 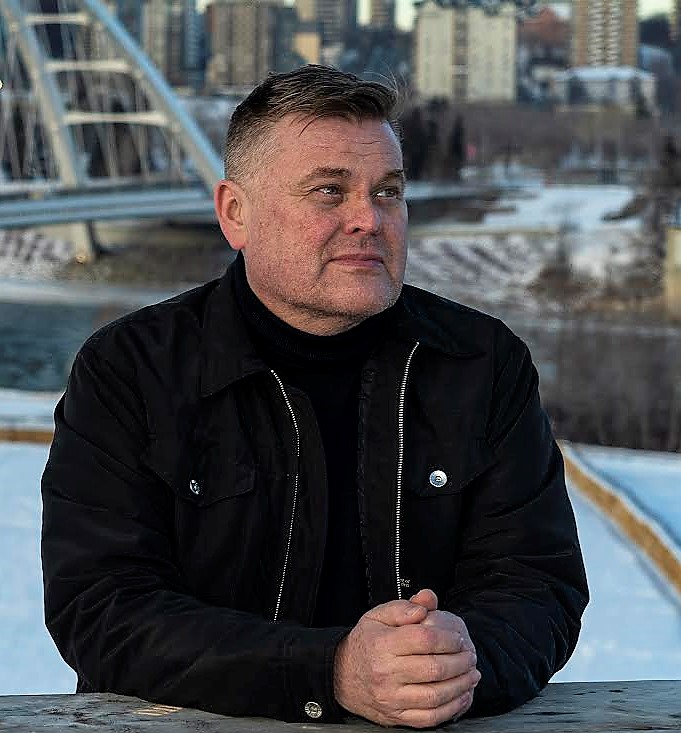 Dr. Wayne Clark is a member of the AOC and is the ACT Indigenous Peoples Champion. He is an Inuk healthcare leader and early career researcher. Dr. Clark is Executive Director of the Indigenous Health Program at the Faculty of Medicine & Dentistry at the University of Alberta (U of A).He worked closely with Inuit (Nunavut and Manitoba) in COVID-19 Inuit identified diagnostic tests and has contributed extensively to health and social policy for the Inuit in Manitoba. Dr. Clark also engaged Manitoba FirstNations and other Indigenous communities on health system transformation and digital health to draft the Indigenous Partnership Strategy for Shared Health Manitoba.

Dr. Dean Fergusson is a member of the AOC and the Co-Chair of the ACT Systems Transformation Committee. He is the Director of the Clinical Epidemiology Program at the Ottawa Hospital Research Institute (OHRI). An international leader in transfusion medicine, his trials have advanced knowledge and practice on the optimal blood products to transfuse, establishing timelines to administer transfusions, and evaluating transfusion alternatives.His methodological work in the areas of pragmatic trials, clinical equipoise, post-randomization exclusions, ethical use of placebos, and statistical approaches has influenced the practice and reporting of clinical trials globally. He has received >$250M in peer-reviewed research grants. He is one of the most cited and impactful clinical trialists in Canada, having published>650 peer-reviewed articles, many in high-impact journals. 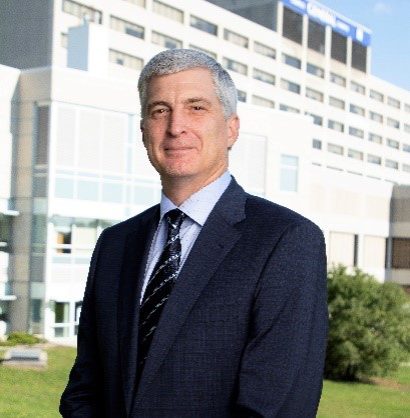 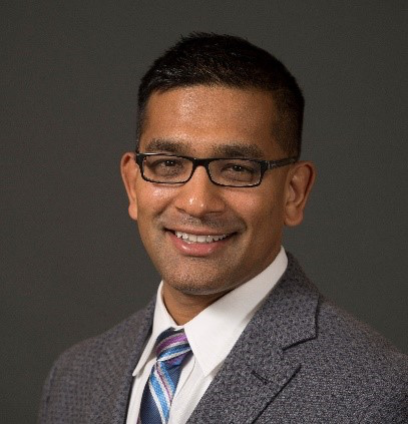 Dr. Amit Garg is a member of the AOC and the Co-Chair of the ACT Scientific Committee. He is the Associate Dean for Clinical Research at Western University, where he is working with partners at the medical school,Lawson Health Research Institute, and Alimentiv (formerly Robarts ClinicalTrials) to help faculty plan and execute trials. He has substantial experience with Canada’s healthcare administrative data and has led several large, pragmatic, registry based RCTs. He has published >600 papers and his h-index is 109. In 2021 he received the Hellmuth Prize, Western University's highest distinction for sustained excellence in research.

Dr. Jeremy Grimshaw is a member of the AOC and the Co-Chair of the ACT Knowledge Mobilization Committee. He has a Canada Research Chair in Health Knowledge Transfer and Uptake, and he is a Senior Scientist at the OHRI and a professor at the University of Ottawa School of Epidemiology & Public Health. He trained as a family physician in the UK before undertaking a PhD in health services research at the University of Aberdeen. He is a world leader in the evaluation of interventions to disseminate and implement evidence-based practice and has been awarded the CIHR Knowledge Translation award twice and the 2018 CIHR Barer-Flood career achievement award for health services and policy research. 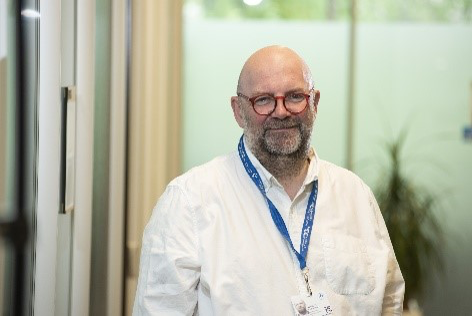 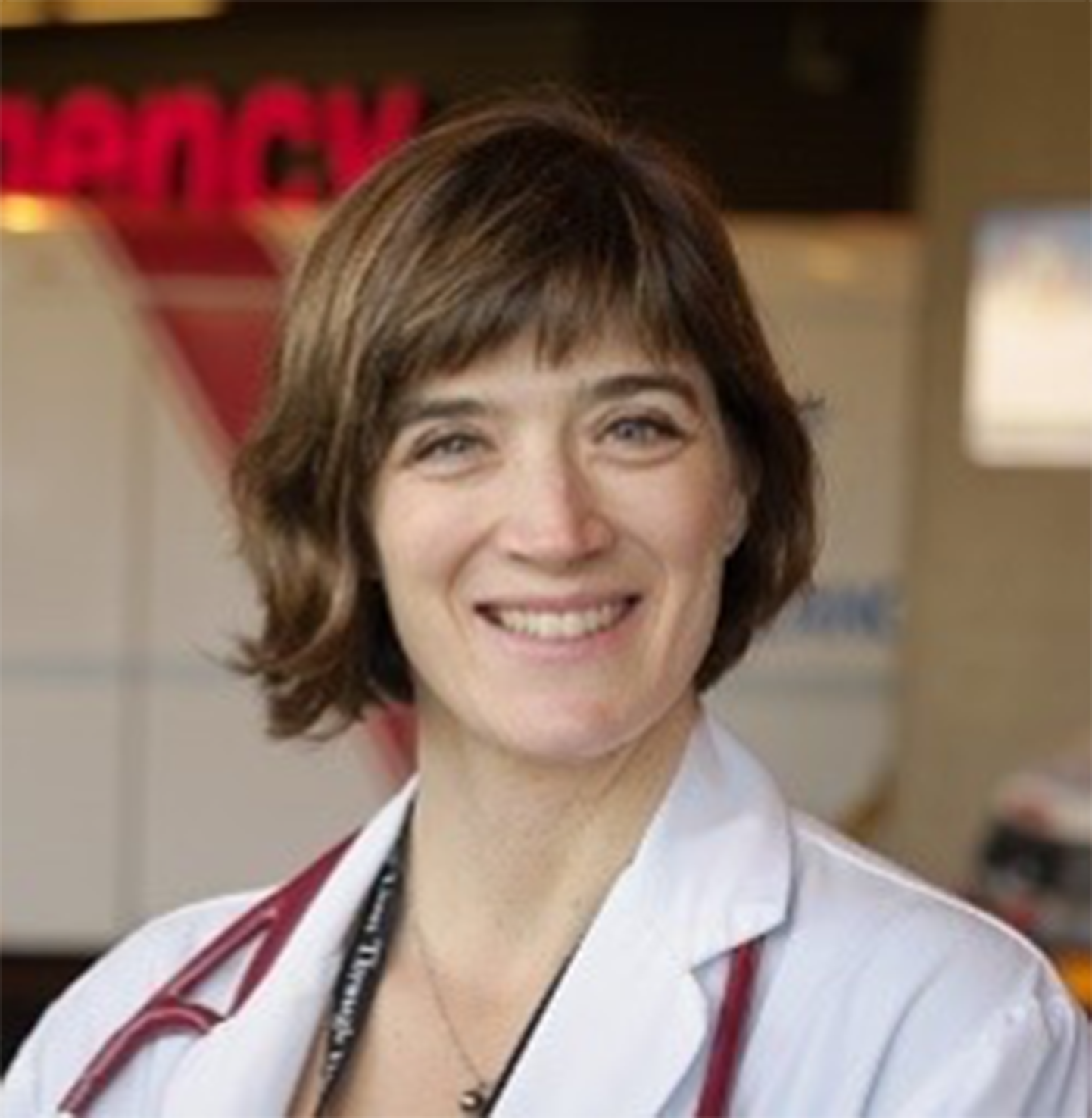 Dr. Corinne Hohl is a member of the AOC and the Co-Chair of the ACT Canadian Emergency Department Rapid Response Network. She is a clinician scientist at the University of British Columbia, and her research expertise spans RCTs and drug safety and effectiveness. She holds >$16M in funding, with over 90 peer-reviewed publications. She chairs the Canadian COVID-19 Emergency Department Rapid Response Network’s Steering and Executive Committees.

Ms. Susan Marlin is a member of the AOC and Co-Chair of the ACT Ethics Working Group. She is in theDepartment of Public Health Sciences at Queen’s University, and she is the President and CEO of Clinical Trials Ontario (CTO), whose mandate is to improve the clinical trials environment. Ms. Marlin led CTO’s development and growth over the past decade with programs to streamline research ethics review, speedup RCT start-up, decentralize trial procedures, and engage patients and the public to improve trials. Ms. Marlin is the NPA of the CIHR-funded CHEER Project, a 5-year grant focused on achieving a single research ethics review for multiple site studies across Canada. She is a past president of the Canadian Association for Research Ethics Boards (CAREB), has served on REBs, and has significant clinical trials (Canadian Cancer Trials Group) and institutional research leadership experience (e.g., Associate Vice-Principal Research, Queen’s University). 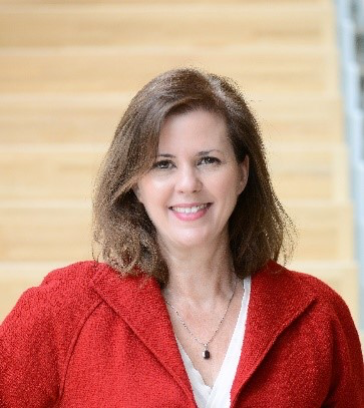 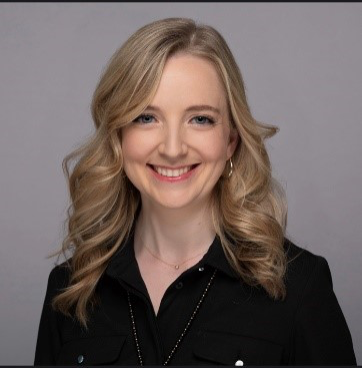 Dr. Emily McDonald is a member of the AOC and Co-Chair of the ACT Communications Working Group. She is an early career researcher at McGill University and the Scientific Director of the Canadian Deprescribing Network. She has published >110 peer-reviewed manuscripts in journals such as NEJM, JAMA Network, and BMJ (including 7 RCTs). She has received ~$4M in funding for the conduct of RCTs in medication appropriateness and optimal treatment of infectious diseases. She has supervised >30 HQP and receives competitive salary support (Junior 2) from the Fond de recherche Proposal – ACT Canada ACT Consortium 6 Santé- Québec. She was the recipient of the McGill Department of Medicine Early CareerInvestigator award (2020) and the Canadian Society of Internal Medicine NewInvestigator award (2017).

Dr. Louise Pilote is a member of the AOC and the ACT Sex and Gender-Based Analysis Champion. She is a Professor of Medicine at McGill University and holds the Distinguished James McGill Chair. She is the Deputy Director of the research institute of the McGill University Health Center, co-founder of the Canadian Organization for Sex and Gender Sciences and co-chair of the Health Canada scientific advisory committee on Women’s health care products. Dr. Pilote is a sex and gender scientist who developed a gender measure to assess the impact of gender on cardiovascular outcomes, which is used internationally. Dr. Pilote was one of the first to use Canadian administrative databases to conduct a registry trial on report cards. She also conducts comparative effective studies to assess sex differences in the safety and effectiveness of cardiac drugs and devices to supplement evidence-based trials. Dr. Pilote has published >350 publications, and her h-index is 83. 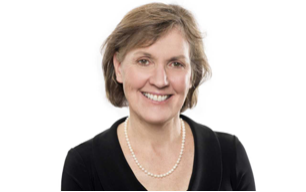 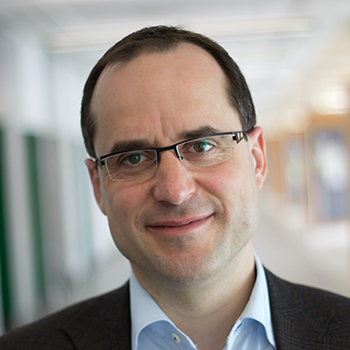 Dr. Lawrence Richer is a member of the AOC and the Co-Chair of the ACT Systems Transformation Committee. He is a Professor of Pediatrics at the U of A and holds the Alberta Health Services Chair in Health Informatics Research. He established the data coordinating center at the Women and Children’s Health Center and supports several national clinical trials. He serves as the new Associate Dean of Health Research for the College of Health Sciences at the U of A, with the aim to enhance multidisciplinary research across health disciplines, as well as the Vice Dean of Research (clinical) in the Faculty of Medicine and Dentistry. As Director of the Northern Alberta Clinical Trials and Research Centre (NACTRC), he oversees all clinical trials at the U of A. He is a practicing pediatric neurologist with research interests in pediatric headaches where he has conducted some of the only clinical trials in the world of migraine treatment for children in the Emergency Department.

Ms. Catherine Joyes has worked for the Schulich School of Medicine & Dentistry at Western University since 2015. In her current role as Associate Director of Clinical Research, Catherine provides operational oversight for the various initiatives within the School’s clinical research enterprise, including the advancement of its trials platform which includes pragmatic, First-in-Human, and standard trial streams. 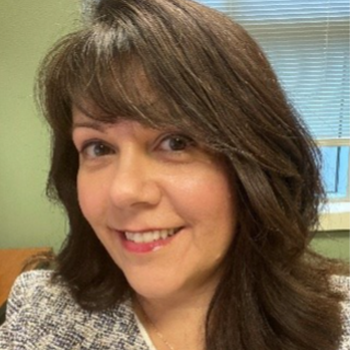 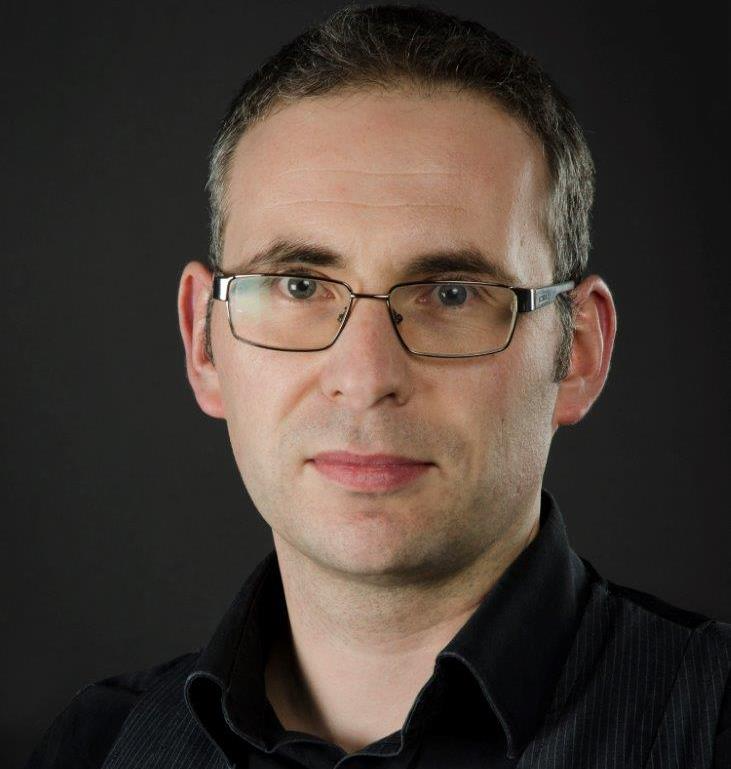 Dr. Stuart Nicholls is the Strategy for Patient Oriented Research (SPOR) Program Facilitator at the Office for Patient Engagement in Research Activities (OPERA) within the Ottawa Hospital Research Institute. He has >100 peer reviewed publications, $47 million in research funding and leads a program of research to develop patient engagement methods in clinical research.

Ms. Maureen Smith is the ACT Person with Lived/Living Experience. Participation in several clinical trials and patient engagement in clinical trials have had a tremendous impact on her life. She co-leads the INFORM RARE Research Network’s patient engagement strategy. Maureen is the chair the Ontario Strategy for Patient-Oriented Research’s (SPOR) Patient Partner Working Group and is a principal knowledge user of the SPOR Evidence Alliance. She is a patient member of the Ontario Committee to Evaluate Drugs and Ontario’s Health Technology Assessment Committee. From 2008-2020, Maureen served on the Board of Directors for the Canadian Organization for Rare Disorders (CORD). 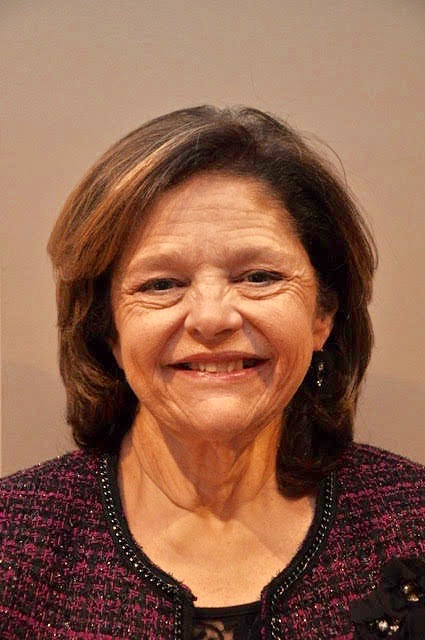 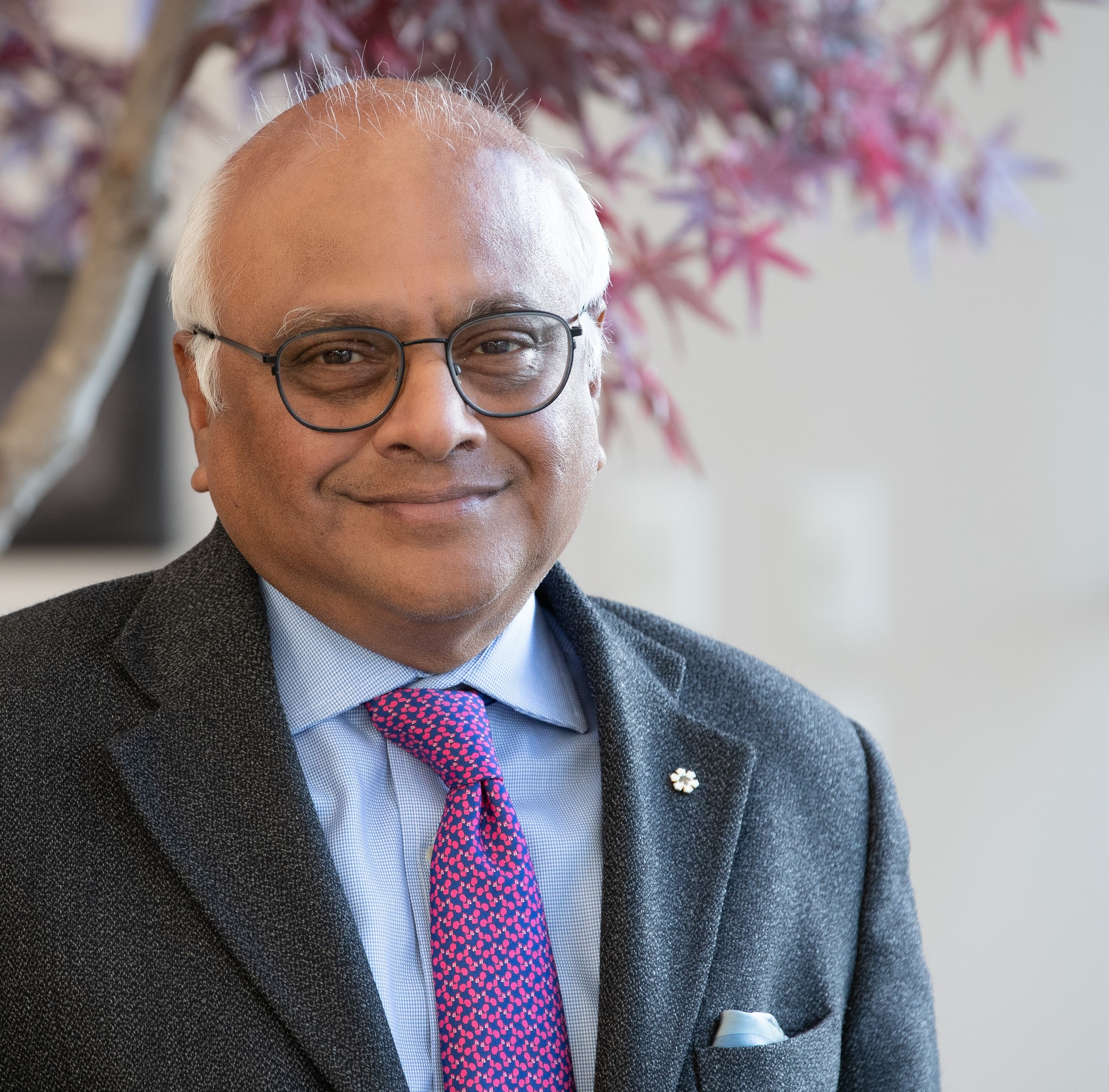 Dr. Salim Yusuf is Executive Director of the ACT Coordinating Centre, PHRI, and a principal applicant of the ACT consortium. He has led >50 major RCTs in >100 countries and several of these have changed medical practice worldwide. He has published >1200 articles in refereed journals, he was the second most cited researcher in the world in 2011 and the highest cited researcher in cardiology for several years. He is the highest cited scientist in the world for clinical trials, 8th in all fields of medicine combined, 2nd in Canada, and has the 17th highest h-index (267) globally. He has set standards for large simple trials. He established a network for clinical trials at >1000 centres in >60 countries. He has received >70 awards including the Order of Canada, Gairdner-Wightman Award, Killam Prize, Canadian Medical Hall of Fame, Gold medal of the Royal Society of Canada and awards from all major international cardiology societies including the World Heart Federation’s Lifetime Research Achievement Award. He has received >$500M in research Proposal – ACT Canada ACT Consortium 7 funding. He has served on advisory committees for the US FDA and has obtained regulatory approvals based on his research for new drugs in Canada, the US, the UK, and Europe.